Among the groundbreaking disclosures forwarded by Edward Snowden to humanity, one speaks of the possibility of the inner earth being populated by an advanced civilization that had been monitoring us ever since the beginning.

By some he’s considered a traitor, but some think of him as a hero. Edward Snowden had the courage to reveal secrets that the world deserved to know, and among the relevant facts made public, few are told regarding UFOs and extraterrestrial beings.

According to some documents copied from the CIA, the U.S. government has long known about the existence of highly intelligent species, more advanced than humanity. While we were busy gazing the starts for an otherworldly race of humanoids with their disc-shaped UFOs, they were in fact under our very noses, probably for millions of years, and far ahead of us in technological development. 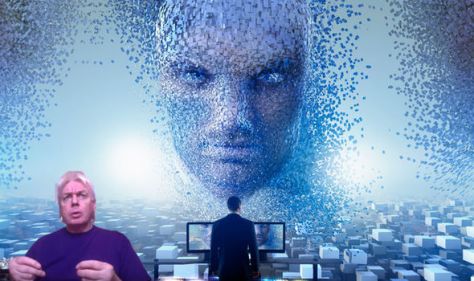 I was born in Leicester, England, at around 6.15 pm on April 29th, 1952. I was brought up in what they call in Britain a “working class” family on a big council housing estate and money was short, very short, throughout my childhood. I wanted to be a professional soccer player for as long as I could remember and I achieved that by leaving school to play for Coventry City and Hereford United in the English league. Just six months after my soccer career began, however, my left knee swelled up for no apparent reason and after months of tests they told me I had rheumatoid arthritis. I decided to play on because that was all I had ever wanted to do and I continued for the next five years, progressing in my career, but also watching the arthritis progress into my ankles, left knee, elbow, etc. In the final…

2 Manik, 10 Zac, 13 CabanDratzo! A slowed but steady pace is now in effect. Processes continue that put security over delivery. Those who represent the old cabal are fighting hard, and producing a series of worrisome protracted delays. It is a strategy that is returning our allies to a more cautious attitude. We are reminded of how well the dark likes complexity. It is the last stand of these dark ones and the last means of further delaying our strategy. Yet part of a new timetable is shortly to meet with success. A number of old items currently require our attention. All of the other pathways are to be reopened. The dark minions are finally to be arrested, their activities revealed and a prosperous reality unveiled. Until then, we need to ask you to be patient. Your grand reward is close to fruition. Those who have been in power…

(HumansAreFree) In the summer of 2003, in an unexplored area of the Bucegi Mountains, a team from Zero Department (a top secret section of the Romanian Intelligence Service— SRI), had made an epochal discovery, which could had completely change mankind’s destiny. The United States of America exercised colossal diplomatic pressure on the Romanian Government, which intended to disclose the findings to the entire world. The implications became far more complex due to the brutal interference of the Order of the Illuminati, which sought to take control of both the location of the discovery, and the joint Romanian – American expedition…

Source: Anunnaki Base Discovered in the Bucegi Mountains — The Giant Aliens that Created Mankind | Humans Are Free

The arrests of Main Stream Media Liars – both reporters and senior Managers – has begun. They cannot run and they cannot hide. They are all chipped and their locations are know 24/7. Their lies will follow them wherever they go. While we were all reading FAKE NEWS STORIES leaked by the Intelligence Community President Trump’s Allies – which are growing by the day – were tracking just exactly where they were going and who was reporting on them. While President Trump seemed stunned at the number of leaks coming out of the White House  and “played Dumb” it was a Cat and Mouse game to see who took the bait…

(Arjun Walia) Earth experiences, and has experienced? It’s a scientific fact that fluctuations in the solar cycle impact earth’s global temperature, as do other massive bodies flying in and around our solar system…

David Wilcock talks about one of the most amazing stories out there. Ancient aliens / Saturn Cult / Rehab Colony / Bases on Mars / Illuminati – it’s all there. Excerpts I’ve put together focusing solely on the core story. David Wilcock is a professional intuitive consultant who, since reading Richard C. Hoagland’s “The Monuments of Mars” in 1993, has intensively researched ufology, ancient civilizations, consciousness science, and new paradigms of matter and energy. He is the author of a critically acclaimed trilogy of scientific research works, known as the Convergence series, which gives definitive support to the idea that a change in matter, energy and consciousness is now occurring on the Earth and throughout the solar system.

(Aaron Kesel) “What is Vault 7? Where is Vault 7? When is Vault 7?” These are the questions that Wikileaks has tweeted, along with two pictures of what seems like an underground facility, and the two remaining questions, why and who, is Vault 7 seem to have the internet going in a frenzy for what Vault 7 could possibly mean…

Source: What is Vault 7? Wikileaks Releases Series of Cryptic Tweets — Deep Under Ground Bases Analysis | Stillness in the Storm

(UFOholic) The recently-declassified CIA files show the agency’s interest in the UFO phenomenon was without borders. Just like the Nazi Ahnenerbe Institute, they traveled to the Himalayas in search of answers…